The first project grew out of our founders’ interest in commissioning significant new music to commemorate the 500th anniversary of the Reformation—The Holy Spirit Mass and So That the World May Believe: a Motet for Unity and Service. During 2017 the founders sought and received an invitation from the Vatican to bring this music to Rome for the 501st anniversary of the Reformation.

To respond to this invitation, the Together In Hope Project formed the Together In Hope Choir under the direction of Artistic Directors Teri Larson and Mark Stover, and recruited interested individuals to accompany the Choir to Rome as Ambassadors of Hope. 60 Choir members and 120 Ambassadors of Hope delivered their message of hope and healing between October 26-November 2, 2018:

In 2019 Together In Hope Choir repeated the Vatican concert program at the Basilica of Saint Mary in Minneapolis on February 9, and at St. Olaf College in Northfield, Minnesota on September 28. 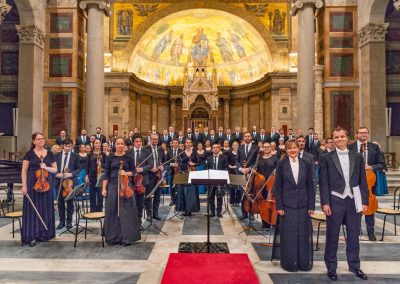 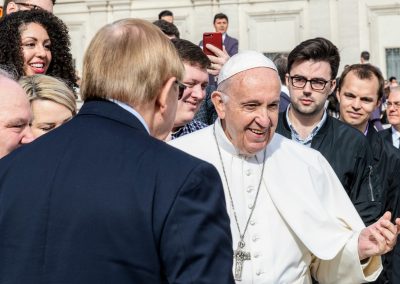 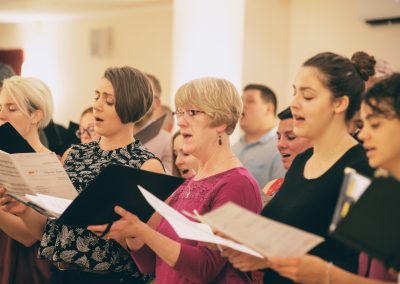 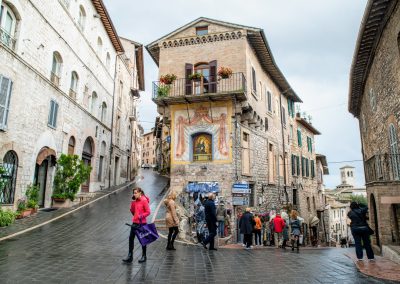 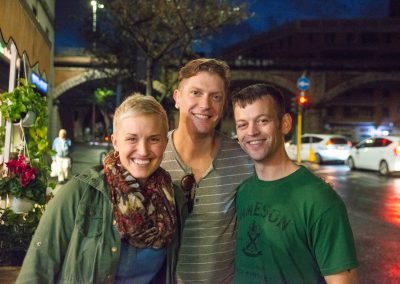 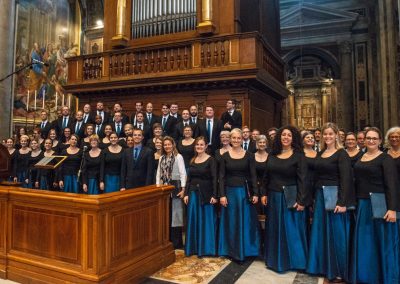 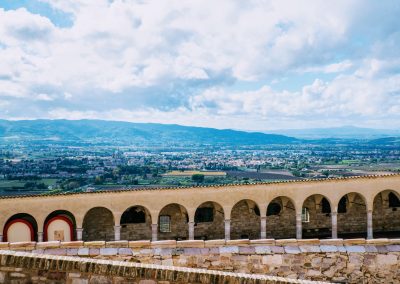 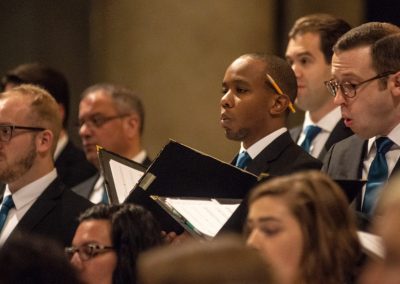 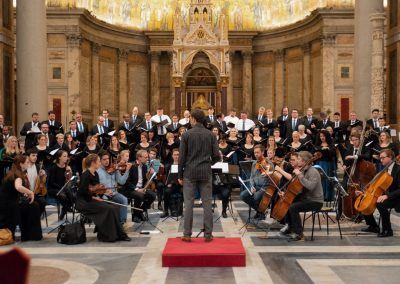 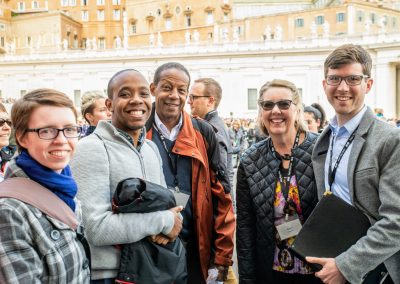 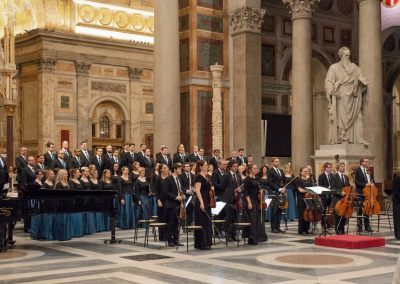 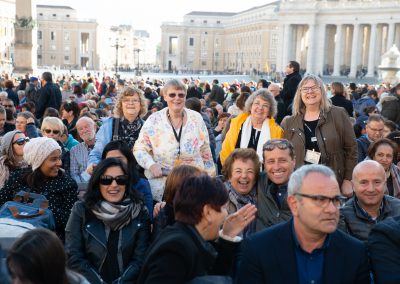 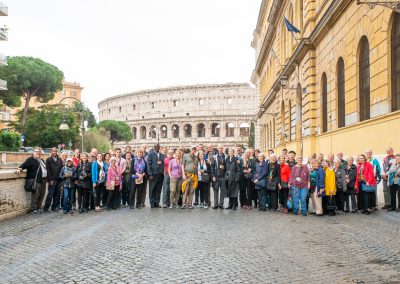 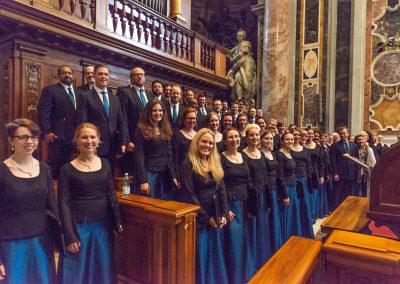 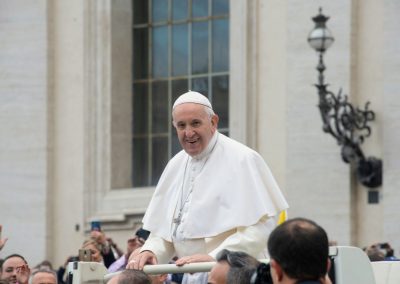 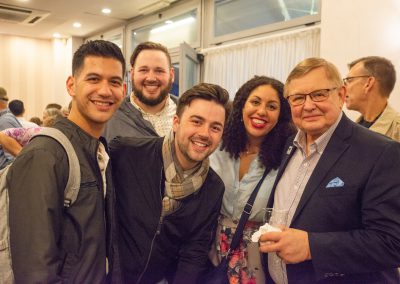 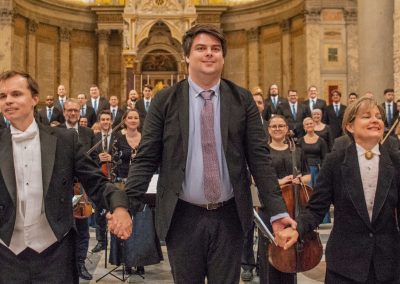 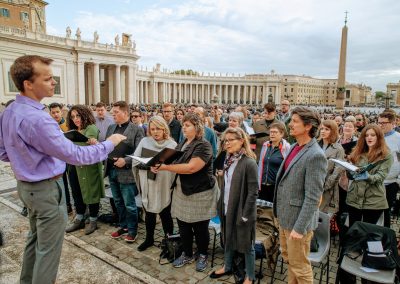 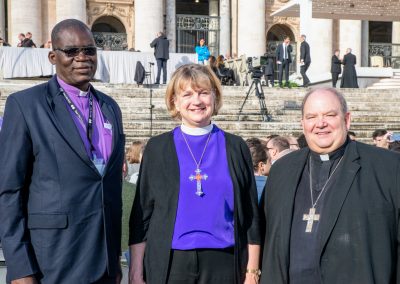 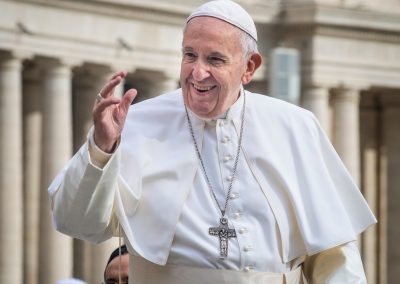 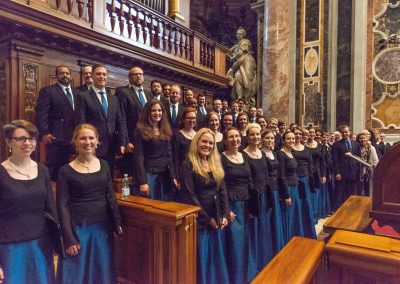 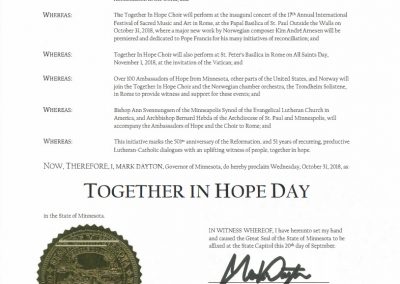 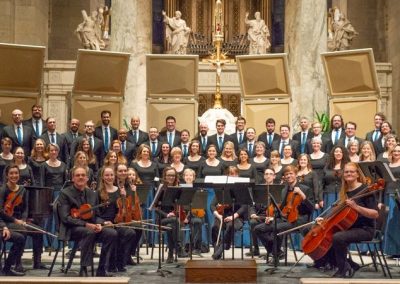 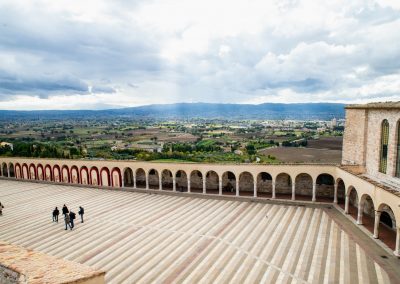 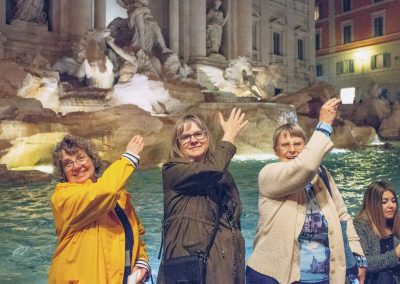 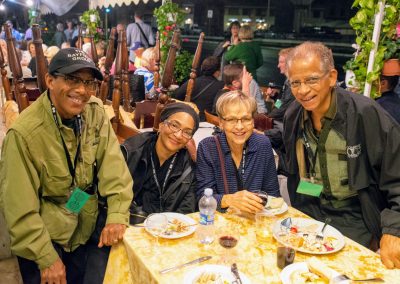 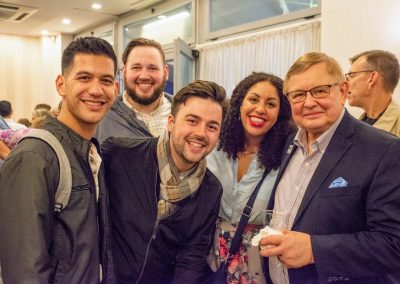 “Our week in Rome was both a pinnacle in my musical career, as well as a mountaintop moment for my faith…I believe that God’s voice is heard through music.”

“I’m filled with gratitude for the opportunity to have gone on such an uplifting spiritual pilgrimage. My Catholic faith has been deepened and I have hope for all Christians to come together in Christ. The music was so inspiring. I have been contemplating on the many Holy Spirit moments on this extraordinary journey and the beauty of all the people of faith that God has graced to cross my path.”

“This concert and the way the music has been performed was so emotional for us and it touched our hearts. To join this concert was the highlight of our Rome trip and we are really thankful that we got this opportunity.”

“When people ask me about the experience, I am reduced to superlatives; I tell them it was one mountaintop experience after another, each surpassing the last. I show them pictures and play them clips – of the concert, of the papal audience… I express to them what an honor it was to present a united purpose of healing and reconciliation, to carry a literal banner of hope…

It is my joy and belief that all who were a part of this journey – the church leaders and lay people and non-religious participants alike – were delivered far from our previous assumptions and comfortable notions, and are spurred to recreate a new and glorious church, one where all are welcome and can gather, just as we are, Together in Hope.”

A Twin Cities choir will have a rare opportunity to perform at the Vatican in Rome next week, thanks to an unusual Minnesota-grown project to support Christian unity.

The Together in Hope Project has orchestrated three concerts in Rome and an entourage of ecumenical visitors, including 64 choir members and 120 goodwill ambassadors.

Five hundred and one years ago, Martin Luther posted his 95 Theses, igniting the Reformation and a generations-long conflict between Lutherans and Catholics.

Today, a group of Minnesotans is hoping to help heal those divisions by employing the power of music.

The last 501 years have been nothing short of complicated for Lutheran-Roman Catholic relations. Generations of inherited animosity coupled with conflicting dogmatic differences have kept the two denominations at odds for the better part of half a millennium.

Six months after the close of the commemoration of the 500th anniversary of the Protestant Reformation, the call to keep working toward forgiveness and unity between Catholics and Lutherans still reverberates internatioanlly and locally.

For each project we undertake, we consider strengthening the project through collaborative partnerships with other artists. 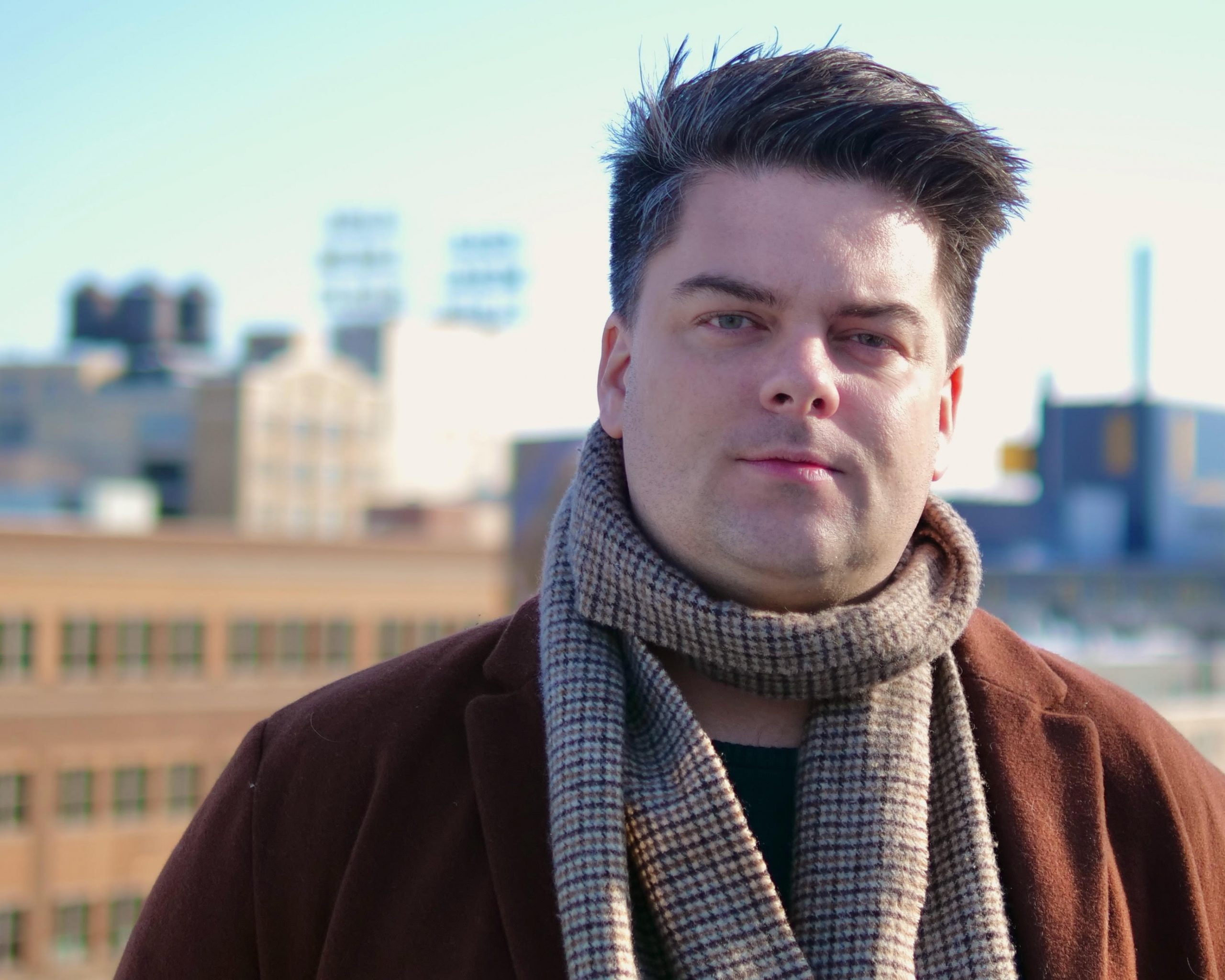 Kim André Arnesen (b. 1980) is one of the most frequently performed composers from Norway today. He grew up in Trondheim, played the piano at the music school and was a chorister in the Nidaros Cathedral Boys’ Choir. He was educated at the Music Conservatory in Trondheim. With a big interest in baroque music, contemporary classical music, and popular music, Kim could have taken many roads, but choral music became his greatest passion. As a composer, he had his first performance at the age of 18 with the boys’ choir. Since then he has written music that has been performed by choirs all over the world.

Kim is an elected member of the Norwegian Composers Society, and a full-time composer focusing on choral music. Since 2017 he has been a house composer of Boosey & Hawkes, publishers. 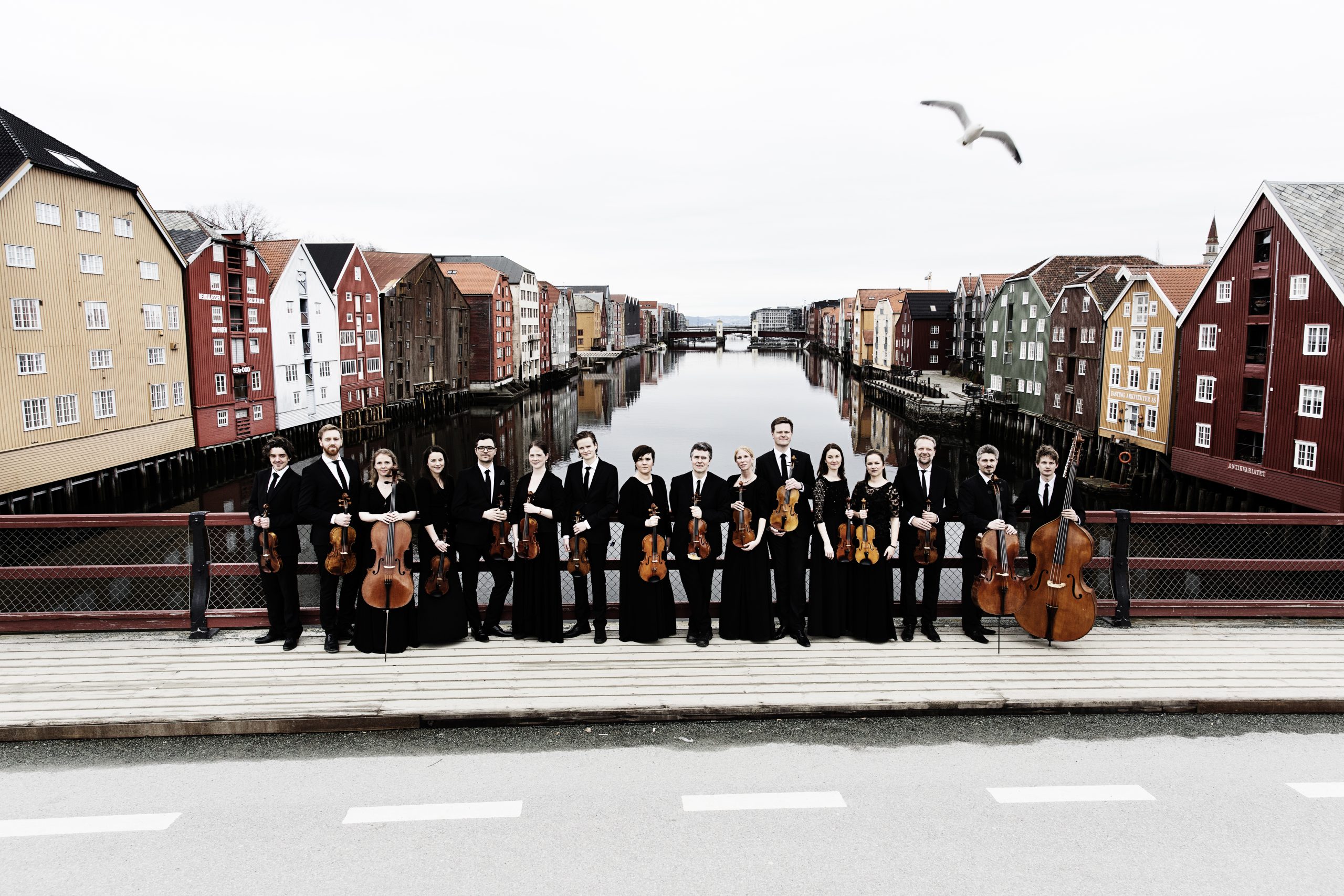 TrondheimSolistene (The Trondheim Soloists) from Norway is one of the most exciting young ensembles performing on the international stage. The orchestra’s energetic musicality and sheer joy in music-making are infectious.  The orchestra has performed with leading artists not only in classical music, but also in jazz, folk music, rock and pop.

TrondheimSolistene has been featured on more than 50 albums, received a total of ten Grammy nominations, as well as glowing international reviews. The orchestra’s best-selling release to date has been Vivaldi’s “The Four Seasons” on the Deutsche Grammophon label (with approximately 700,000 records sold). The orchestra together with the Nidaros Cathedral Girls’ Choir received a GRAMMY for the recording LUX in 2019.

We appreciate the generous support of our sponsors. 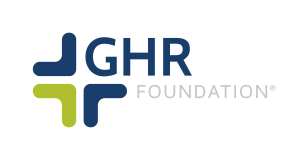