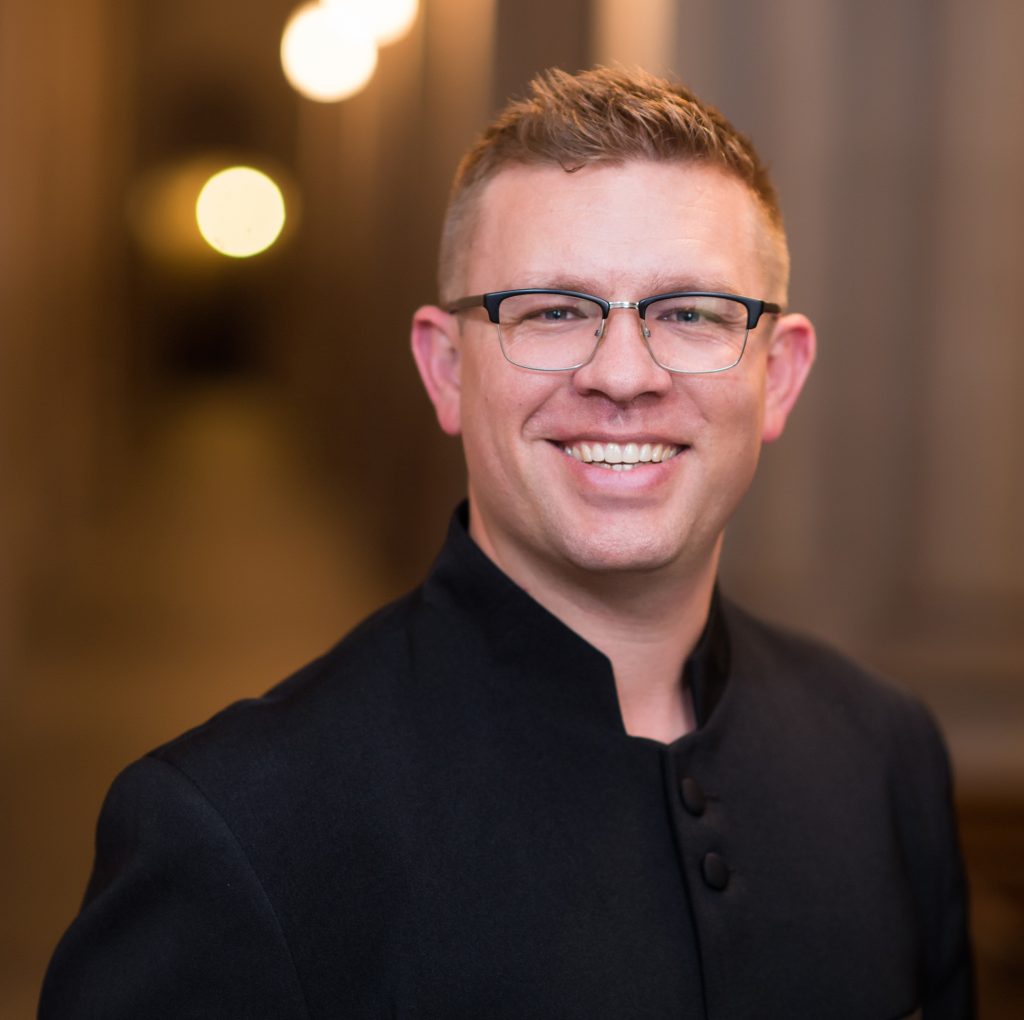 Since 2018, Together In Hope Project has delivered music with a purpose to address issues of our shared humanity in the Twin Cities and internationally

Minneapolis, MN – The board of Together In Hope Project has announced the appointment of GRAMMY©-nominated conductor Brian A. Schmidt as the new full-time Executive and Artistic Director of the organization. Together In Hope Project is a nonprofit whose mission is changing lives through music with a purpose: focusing the transformative power of music on issues of our shared humanity. Schmidt begins his tenure as Executive and Artistic Director in July 2022 and his first artistic projects will be in 2023.

Schmidt’s appointment concludes a national search to find a candidate capable of managing both roles which the board believed would be critical for this new phase of organizational growth. The experience and expertise required to fill both executive and artistic director roles include organizational leadership, entrepreneurial capability, project creation, execution, and development, along with deep experience in choral conducting, extensive knowledge of repertoire and music history, creativity in programming, and a record of inspiring singers to achieve the highest levels of artistic excellence.

The Together In Hope Project was founded by Gary Aamodt and Celia Ellingson in late 2017. They funded the commission of Kim André Arnesen’s Holy Spirit Mass to commemorate the 500th anniversary of the Reformation. During 2017, Aamodt and Ellingson sought and received an invitation from the Vatican to perform this music in Rome for the 501st Reformation anniversary. The Together In Hope Choir was created to bring this music to Rome.

The Together In Hope Project saw meteoric success in its first project and began planning its next project, “The Stranger”. “As the Board was planning for the future, we were faced with a choice,” says Gary Aamodt, Board Chair and co-founder of Together In Hope Project. “We could bring our 2022 project to fruition and be done, or we could try to keep the momentum going, build the organization, and expand our local presence and impact in the Minneapolis-St. Paul area. After much reflection, we decided to move forward and conduct a national search. We knew we were on the right track when we found Brian.“

Schmidt is an established conductor with two decades of experience in the choral field—founding, developing, conducting, and leading choirs at universities, churches, and in both community and professional non-profit organizations. He is currently Associate Professor of Choral Music and Director of Graduate Choral Studies at Baylor University where he founded the International Choral Conducting Masterclass (ICCM), an intensive summer program providing training for the next generation of young conductors. He has released eight commercial recordings, and received three GRAMMY© nominations with the South Dakota Chorale, a professional choir he founded and conducted in Sioux Falls, SD.

Schmidt’s tenure as Executive and Artistic Director begins July 2022 and artistic programming for 2023 will be announced later this year. Current Artistic Director Mark Stover had previously shared his intentions to leave the organization and was praised by Aamodt as having “done a terrific job for us and helped bring the organization a long way.” Stover will lead Together In Hope Project’s world premiere performance of The Stranger in Trondheim, Norway, this summer and in Minneapolis-St. Paul in October. Commenting on his successor, Stover stated, “I hold Brian in high regard. He is an excellent choice for this full-time position to lead the Together In Hope Project into the future.”

“There is a lot of excitement about Brian taking on this new role. It was clear to all of us that he was the right person for this new position,” says Celia Ellingson, Board member and co-founder. “He’s a superb conductor with a unique and inventive approach to programming, leadership, and building organizations. We are thrilled to imagine what’s next for Together In Hope Project.”

Reflecting on his new role leading the organization, Schmidt said, “Our world is crying out for healing, and we are reminded daily that we live in a divided society. The arts are a critical tool for us to better understand the world around us and to better understand one another. Through Together In Hope Project, I see the great work already done—and great potential. I am inspired to serve the Project’s mission to change lives through the transformative power of music. And as a native Minnesotan, my family and I are eager to return home and begin engaging in this work in a community we hold dear.”