Music Binding the World Together

The opening concert for Olavsfest 2022 is a premiere of Kim André Arnesen’s “The Stranger”, with the Together In Hope Choir (USA) and Trondheim Soloists. 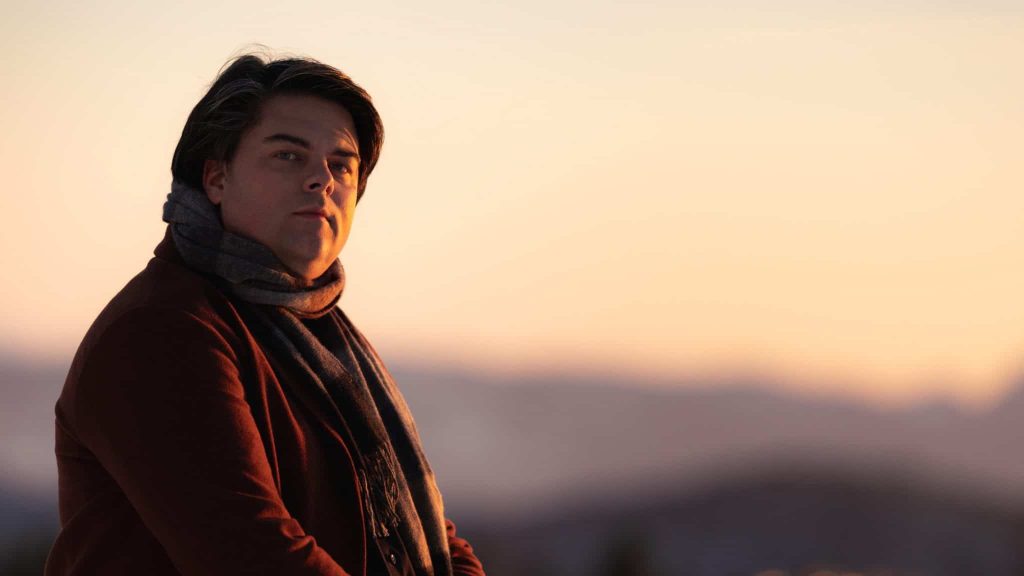 How do we meet people who are strangers and different from ourselves? And how different are they anyway, these strangers?

This is the essence of “The Stranger”, a commissioned work written by Kim André Arnesen from Trondheim, with texts and music that endeavour to bind the world together. The work will be premiered during Olavsfest 2022 as the opening concert of the festival.

Solidarity with the world’s refugees

The initiative for this work came from the Together in Hope Choir from Minneapolis (USA). The choir springs from the Together in Hope Project, which aspires to change lives through performances of music with a purpose. The texts of “The Stranger” are inspired by the work begun by UN Secretary-General (and former High Commissioner for Refugees) António Guterres. He gathered together religious leaders, humanitarian organisations, academics and politicians with the intention of promoting values such as humanity, respect, inclusiveness and protection of persons whose lives are in peril. The Together In Hope Project works together with USA for UNHCR, which is the National Partner of the UN High Commissioner for Refugees in the USA. An aim of the project is to promote global awareness of the world’s refugee situation.

The choir’s co-founders, Gary Aamodt and Celia Ellingson, have helped with the selection and integration of texts, which are both religious and secular in origin — some of them poetry from persons who themselves have had to flee their homes and survive perilous situations. The common denominator is how we meet people who are different from ourselves.

In the words of composer Arnesen: “What the texts have in common is the revelation that, deep down, we humans are pretty much alike and of one mind, despite the many cultural and social barriers.”

The work was originally to be premiered earlier in the USA, but due to the global pandemic, the premiere was postponed until 2022 — as the opening concert of Olavsfest.

The work is to be performed by the Together In Hope Choir and Trondheim Soloists, together with strings, flute, percussion, harp and cimbalom — a stringed instrument originally from Asia, but used primarily today in Eastern European folk music.

“The instrumentation and expression are selected in part from the themes in the texts,” composer Arnesen explains.
“The music,” he adds, “is not written in a strictly Western classical style, but rather contains elements from many different traditions. Many will have associations with the Middle East, but I have tried to create a new tonal language based on different genres and traditions.”

And he goes on to explain: “We shall hear richly coloured sounds. When the texts attempt to bind the world together, then I must try to do the same through the music. So even though the foundation is classical, I would assert that “The Stranger” has turned out to be a genre-defying work. We find here elements from folk and traditional music, world music, pop and jazz.”

“All in all,” Arnesen concludes, “this is a clear message to stand together in our humanity and take care of each other. Regardless of faith, we share a hope that we can work against discrimination and prejudice. That we can come further — together.”

Kim André Arnesen (40) from Trondheim is known especially for his choir compositions. He enjoys wide international recognition and his works are performed the world over. In 2016 the album “Magnificat”, on which Arnesen’s music is performed by the Nidaros Cathedral Girls Choir, was nominated for a Grammy. The same year his commissioned work “Wound in the Water” was performed at Olavsfest. Recently Arnesen received Trondheim municipality’s cultural grant.

The Together In Hope Choir was established in 2018 and is led by artistic director Mark Stover. This community of 60 premier artists primarily from the Minneapolis/St. Paul area was selected through invited auditions. The Choir is noted for its artistically excellent and spiritually moving performances of “music with a purpose”.

Since its founding in 1988, Trondheim Soloists has established itself as one of Norway’s leading, most versatile and flexible ensembles. Originally an arena for training young talent, the musicians, now professionals, continue to exude youthful energy, creative enthusiasm and boldness.